With improved efficiencies, the Port of Mombasa has the potential to tap the growing trade opportunities in Africa. file photo | nmg

The facility has potential to be a key conduit for goods into and out of the continent.

Africa has been tipped as the next destination for global industrialists fleeing rising operating costs in China, offering Kenya an opportunity to position herself as a cost effective location.

With improved efficiencies, the Port of Mombasa has the potential to tap the growing trade opportunities in Africa. file photo | nmg 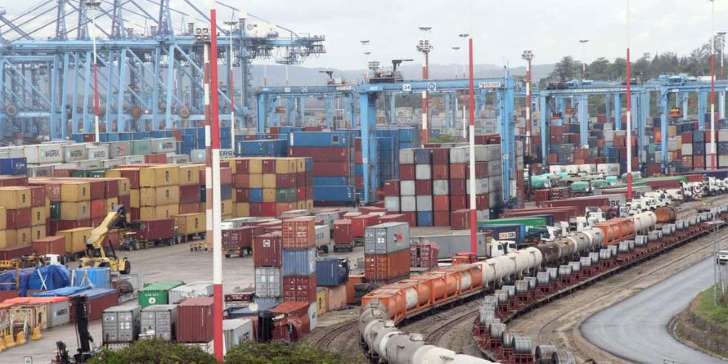 Improved efficiency and enhanced capacity at the Port of Mombasa holds the key to positioning Kenya as Africa’s industrial hub, logistics experts say. This is particularly the case with the proposed creation of a free-trade zone on the continent, they add. Kenya has been on the frontline in pushing for implementation of the proposed African Continental Free Trade Area (AfCFTA), becoming among the very first nations to offer legal backing to the treaty through a Bill in the National Assembly. AfCFTA is expected to establish a single market with duty-free access among traders in Africa in a bid to spur industrialisation, infrastructure development and economic diversification across the continent whose market is estimated in the upwards of 1.2 billion people. “About 80 per cent of trade will go through the port and if those ports are not as efficient or reliable as they could be, then it will have a direct impact on your competitiveness as a country and the price of goods coming into the country,” said Andrew Shaw, the lead transport and logistics consultant for Africa at PricewaterhouseCoopers (PwC), in a recent interview in Nairobi. “Ports can be the bottlenecks, but they can also be the conduits to enhancing trade for countries and regions.” Africa has been tipped as the next destination for global industrialists fleeing rising operating costs in China, offering Kenya an opportunity to position herself as a cost-effective location. The World Bank Group in 2011 estimated that about 80 million jobs were likely to leave China this decade as light industries look for cheaper investment destinations Africa their most likely destination. In a bid to increase the share of decent job opportunities, President Uhuru Kenyatta has pledged to mobilise State resources to support growth in manufacturing – one of the ‘Big Four Agenda’ in his legacy term to August 2022, together with universal healthcare, food security and affordable urban housing. “Everybody is racing to Africa. If we don’t get this game right, I don’t see how we are going to grow manufacturing to 15 per cent of our GDP,” outgoing Kenya Association of Manufacturers chairperson Flora Mutahi said in an interview last February. “Factors that drive manufacturing are only two: competitiveness and access to markets. If we don’t change that, it is not going be possible because we don’t enough market.” READ: Mombasa set to get Dubai-like free port With the proposed free movement of goods across Africa via the AfCFTA deal, the PwC experts sees the Kenya’s relatively efficient and developed port as a potential conduit for raw materials and finished goods into and out of Africa. “There’s an opportunity if you can improve efficiencies at the port. You can take advantage of this one-way flow and empty returns in the logistics chain, which could actually be filled with exports from Kenya and the region,” Mr Shaw said. “It is very clear in our minds that Mombasa will come out as a hub port, but it will require government to facilitate investments. It will require the private sector to come in and provide very efficient operations.” This will involve creating sufficient capacity at the facility and upgrading supportive infrastructure such as railway and roads, thereby boosting Mombasa’s potential as a transshipment port. The port will also have to lower logistical costs through enhanced efficiencies in order to attract more giant shipping lines. A recent PwC report, titled ‘‘Strengthening Africa’s Gateways to Trade,’’ however suggested that Mombasa is underperforming its potential as transshipment hub in East and Central Africa. READ: Mombasa port efficiency lags southern, West Africa peers Presently container ships deployed to Mombasa are smaller compared to those of Durban in South Africa and ports in West Africa such as Lagos-Apapa and Abidjan. The capacity of container ships to East African Coast is 2,900 to 5,000 Twenty Foot Equivalent Units (Teus) compared with West Africa where the average container capacity is 5,500 Teus, peaking at 13,000 Teus, the PwC’s report says. “Ports that can accommodate larger vessels generally have a higher capacity than comparable ports that can only handle smaller vessels,” PwC says in in the report, published in Nairobi on April 12. Reduced logistics costs, together with facilitative legal, tax, judicial systems, has been cited as key in attracting global industrialists into Kenya under the manufacturing pillar which will require heavy foreign direct investment flows. The manufacturing sector’s contribution to Kenya’s gross domestic product (GDP) – national wealth –  dipped to a multi-year low of 8.4 per cent in 2017, and the Jubilee administration faces a tough task to grow this to the targeted 15 per cent by 2022. Manufacturers have said the target can only be achieved if the sector grows by an average of 36 per cent every year, given that its expansion slowed by 0.2 per cent last year from 2.7 per cent a year earlier, according to the Economic Survey 2018. PwC Kenya partner for capital projects and infrastructure Kuria Muchiru said Kenya is competing with many other countries on the continent to catch the eye of giant global manufacturers. “If cost of employment in China is higher than in Kenya, that’s a positive. But then if the logistics costs in China is so much reduced and much more efficient that it makes sense to incur that higher staff cost, then you can still do it in China,” Mr Muchiru said. “The challenge is you have to create environment where industrialists come in, and because we have a good population with high work ethics, we can use that and say ‘come to this country and manufacture goods to export either in region or to other regions’.”