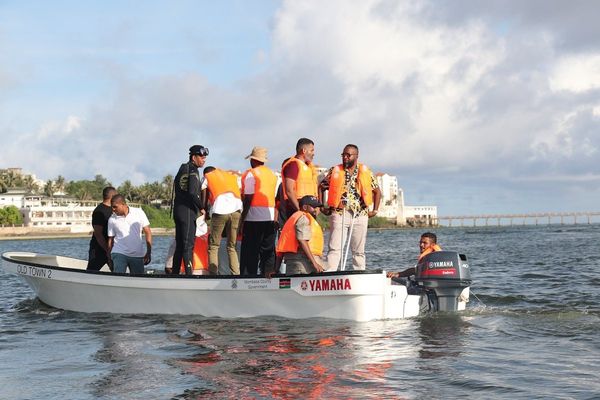 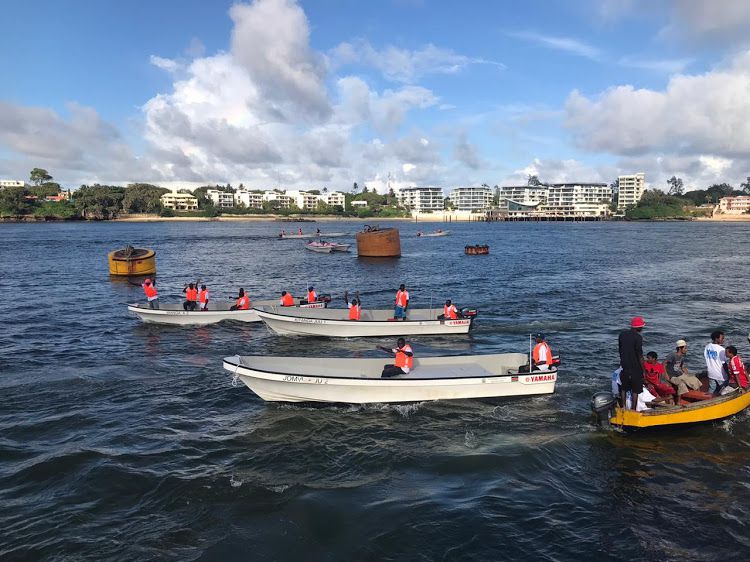 Fishermen in Mombasa are optimistic they will triple their daily catch after they were given 28 new high-density fiberglass boats by the county government last Wednesday.

Wavuvi Association of Kenya chairman Hamid Mohammed told the Star on Sunday the new boats will enable them go deeper into the sea to fish.

“On average, we used to catch about 300kg of fish daily in Mombasa county using the old fishing gear and methods which were used 100 years ago. Now we can get a tonne daily with the new equipment,” said Mohamed on phone.

Likoni BMU chairman Hamis Mwamowe said the new gear includes radio call equipment which will enable them to communicate better and establish where the fishes are.

He said: “More youth will be able to venture into the sea and get more fish. We never ventured into the deep sea because we did not have the boats and equipment that could safely take us there. Now we do.”

Last Wednesday, Governor Hassan Joho said the boats are meant to help the county tap into the blue economy more efficiently. The boats were made by Captain Andy's Fishing Supply Ltd, a Yamaha marine exclusive distributor for Kenya.

Captain Andy’s sales and technical manager Norman Kitonga said the will enable the fishermen go up to five nautical miles from the beach. Before, the furthest they could go was up to three nautical miles into the sea.  We have put foam floatation around the boat making them hard to sink. They have been certified by Kenya Maritime Authority. They have all the necessary safety gear,” said Kitonga.

The boat are made of fiberglass and the foam in it helps in buoyancy. They will be fitted with fish-holding boxes, among other gadgets. Currently, there are 1,209 artisanal fishers going for fishing monthly with 396 artisanal fishing vessels which lack the capacity to venture into the Exclusive Economic Zone.

In 2018, the fisher folks had an annual catch of 1.03 million kilograms of fish valued at Sh296.7 million. Mwamtoa said with the new boats, the catch is expected to increase, consequently increasing the earnings for fishermen and on average, they sell the fish at Sh400 per kilo, which translates to Sh120,000 per day earned. With the increase in catch, earnings are expected to hit the Sh400,000 mark per day.

Governor Joho said the new boats have special equipment that will enable the fishermen dive up to 20m under the water.

"The new diving suits will enable the fishermen to dive more safely and deeper to scout the undersea to see where the fishes are before casting nets. This is usually the practice. But before, we used to dive without any equipment. Now we have diving suits and gas cylinders,” said Mohamed.

However, Mohamed and Mwamowe said the dredging exercise by the Kenya Ports Authority is still affecting their work. There is a lot of mud that is stirred and visibility becomes poor. The mud also blocks the coral reefs which are breeding sites for fish.

The fishermen hailed Joho’s pledge to establish a value addition factory in the county so as to better the yields and make Mombasa an exporter of fish.

The Governor said it is disappointing that Lake Victoria produces 80 per cent more fish for export than the Indian Ocean.

Mwamtoa said the county has strategies in place to promote value addition of fish resources to meet quality international standard markets. “We are trying to provide a local solution. But would like to see other partners come on board to grow this industry. It requires sacrifice from us and others,” he said.